The armistice that put a halt to the Korean War (1950-1953) divided the Korean Peninsula into South and North Korea. The two sides are separated by the Korean Demilitarized Zone, or DMZ, running along the 38th parallel north. In accordance with the ceasefire, the DMZ serves as a buffer zone between South and North Korea to prevent direct military collisions. 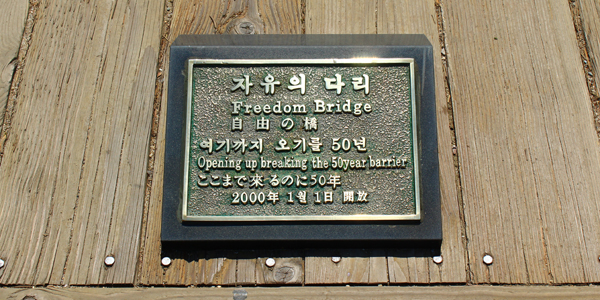 I visited the DMZ area through a group tour from Seoul, visiting one of the locations which is closest to Seoul, located around Paju. The Freedom Bridge is symbol to show the opening up the breaking of the 50 year barrier between the North and the South.  The areas around the border to the demilitarized zone are all lined up in barbed wire.  When the bridge ends, numerous Korean flags, notes, memorabilia left behind are featured.  Being there albeit for an hour, and seeing families mourning those lost/trapped in the North was quite difficult to see and also seeing armed soldiers right in front of me brought the realities of the two separate Korean countries to life. 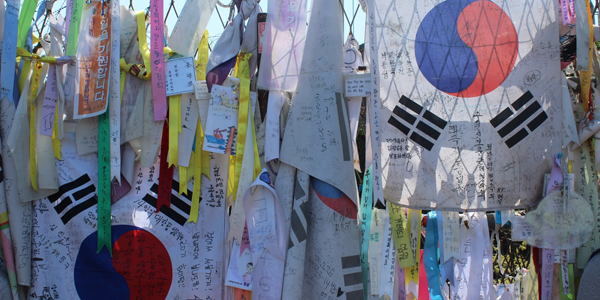