Welcome to the world’s second largest Aquarium, the Okinawa Churaumi Aquarium. “Churaumi” means beautiful sea, in Okinawan language. Being labeled “second largest” just doesn’t do this amazing aquarium right. Located along the sea, within the Ocean Expo Park complex that includes the aquarium, its outdoor exhibits (dolphins, sea turtles, and manatees), as well as a native Okinawan Museum, Oceanic Culture Museum, Tropical Dream Center, and a Tropical & Subtropical Arboretum to a historic village. Staying in Nago, Okinawa, it was about a 30 minute drive from the hotel and is best advised to visit in the morning prior to the large crowds of tourists and group tours that arrive around 11am. 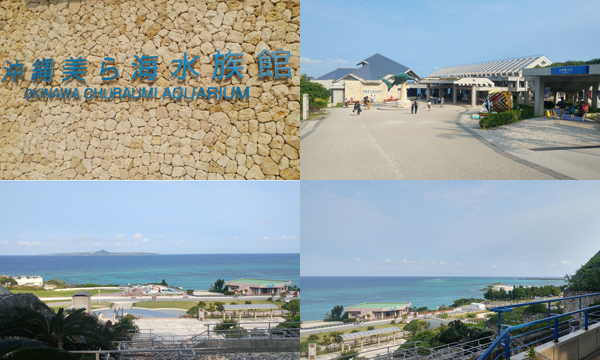 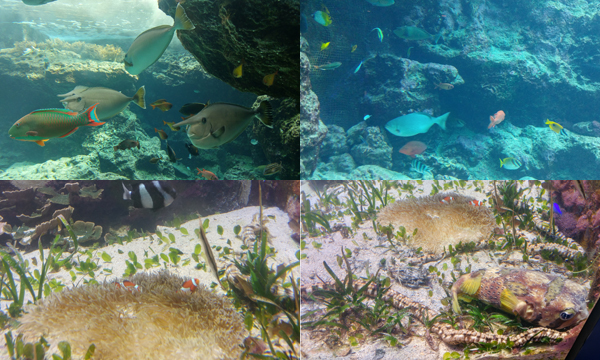 Once you arrive at the aquarium, you are met with a splendid view of the beautiful cobalt blue ocean in the background. A large whale shark statue also greets you at the entrance as well as other marine life creatures in foliage. Once you enter the aquarium, the first is the Journey to a Coral Reef; where you can touch starfishes and witness the coral reefs and the different marine life that inhabit it. The Coral Sea tank, open at the top, receives direct sunlight and is filled with tropical fishes. The exhibit also features a gallery of smaller tanks that feature 30 kinds of marine animals. 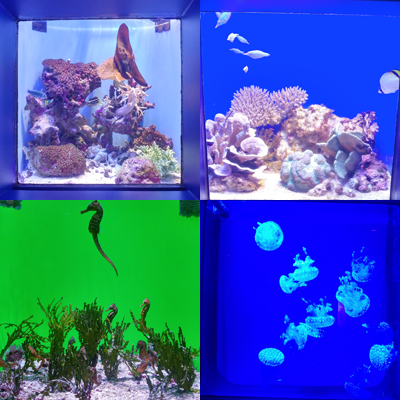 Following the path leads you to what everyone (myself included) came to see, the main tank, called the Kuroshio Sea. Featured there are the captivity raised whale sharks (up to 3), manta rays, and around 70 other fishes.  It is one of the largest tanks and thickest glass panes in the world. The tank is 35 metres (115 ft) long, 27 metres (89 ft) wide and 10 metres (33 ft) deep. It holds 7,500 cubic metres of water and features an acrylic glass panel measuring 8.2 by 22.5 metres (27 by 74 ft) with a thickness of 60 centimetres (2 ft). If I had knew of the immense crowds, it should be the first stop once you enter the aquarium in the morning. Be sure to watch the breathless timelapse I recorded at the bottom of this post. 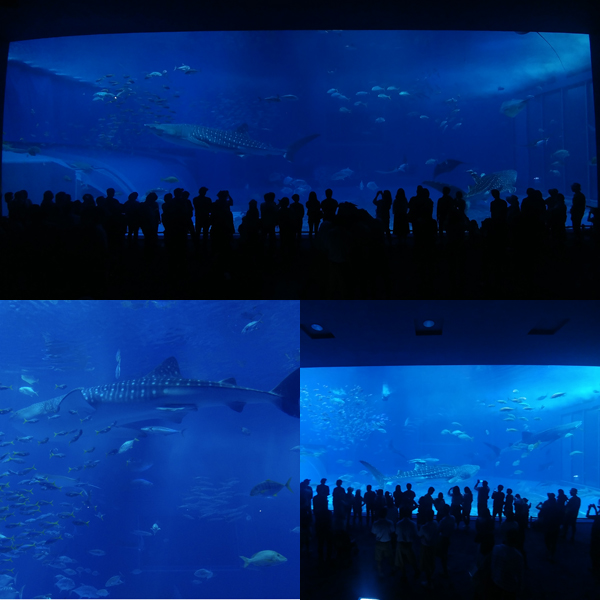 Along the way to the outdoor exhibits, there are the shark research lab and Deep Ocean tanks. Once outside I was able to feed dolphins (fee of 500yen) at the Dolphin Feeding Experience (Dolphin Lagoon) while waiting for the dolphin performance show at the Okichan Theater. The dolphin show is free and about 20 minutes long, and performed in Japanese, and features Indo-Pacific bottlenose dolphins and false killer whales performing their usual tricks. Again, scroll down to the bottom of the post for a short snippet of the show. 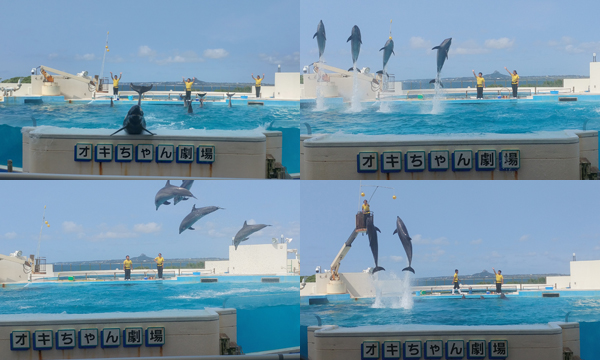 After the dolphin show, I found a small beach area where many people gathered to soak in the white sands and crystal blue waters. Next to it is the Sea Turtle Pool exhibit. This pool is home to a variety of turtles from among the eight extant species of sea turtles in the world including the hawksbill, loggerhead and green as well as turtles rarely seen in Japan such as the Kemp’s ridley and the black turtle. From pool level, you can see sea turtles in the water as well as in a sandy spawning area. From a large acrylic panel in the basement observation room, they can also be viewed as they glide through the water. Personally, sea turtles are one of my favourite sea creatures in the oceans for awhile now, so I spent a lot of time here taking photos and videos. Additionally, there is a Manatee Pool display in the adjacent building, where you are able to see them from above and under the water, although not the most beautiful looking, it was still interesting. 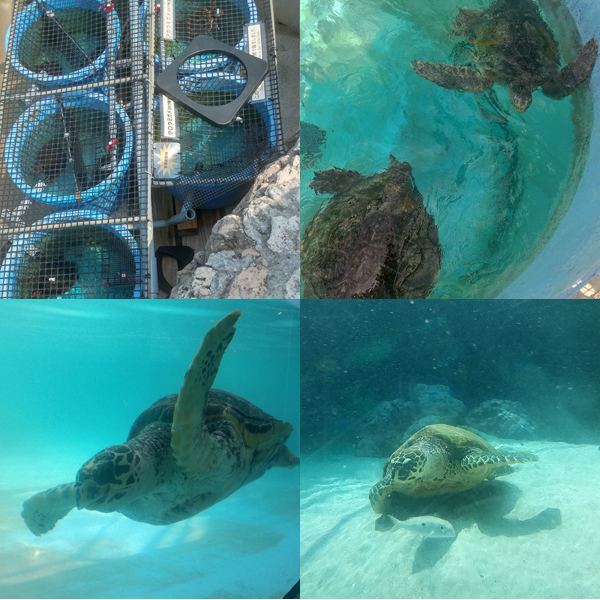 Overall, I was really impressed with the whole Ocean Expo Park and the Aquarium. Definitely my favourite aquarium to date and really valued price of admission will keep this attraction as perhaps the top attraction in Okinawa and the top aquarium if not the world, then in Asia. The location is perfect and it reminds me of the movie Finding Dory a lot. The tanks of water are replenished with fresh sea water every day and the coral reefs display really looked natural as if I was diving in the sea. And to witness the whale sharks, that just literally checked off something from my bucket list. Enjoy!